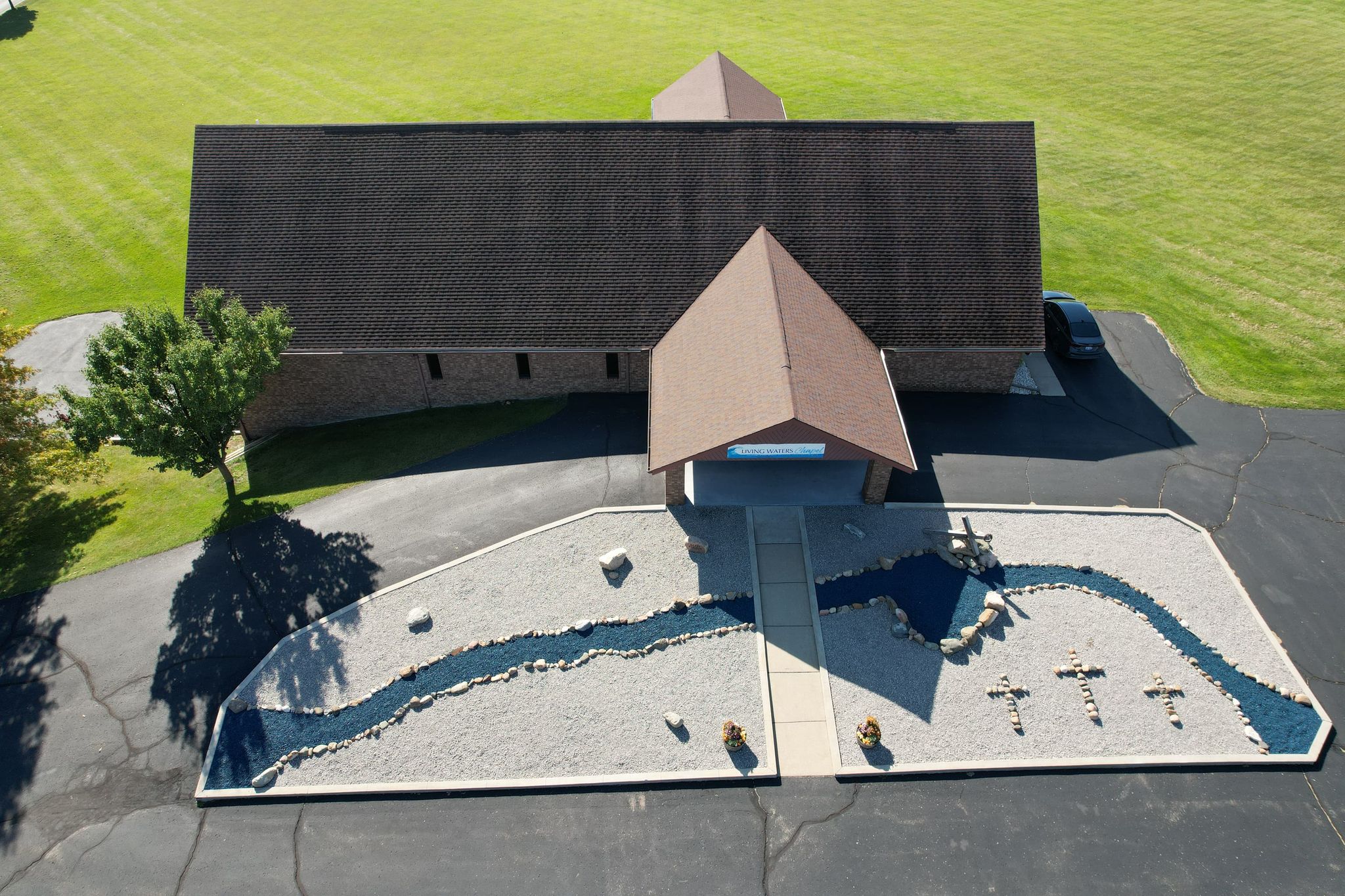 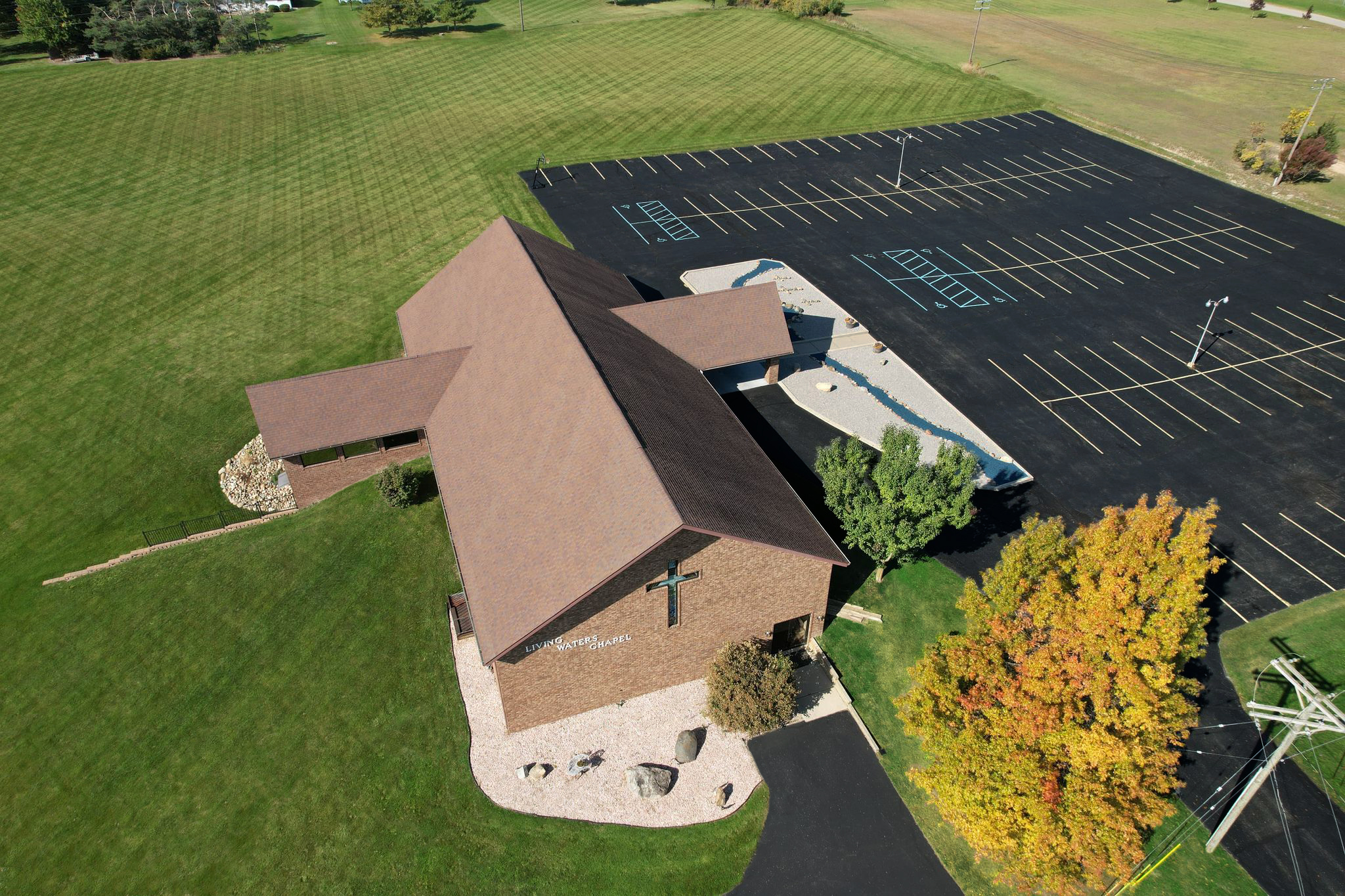 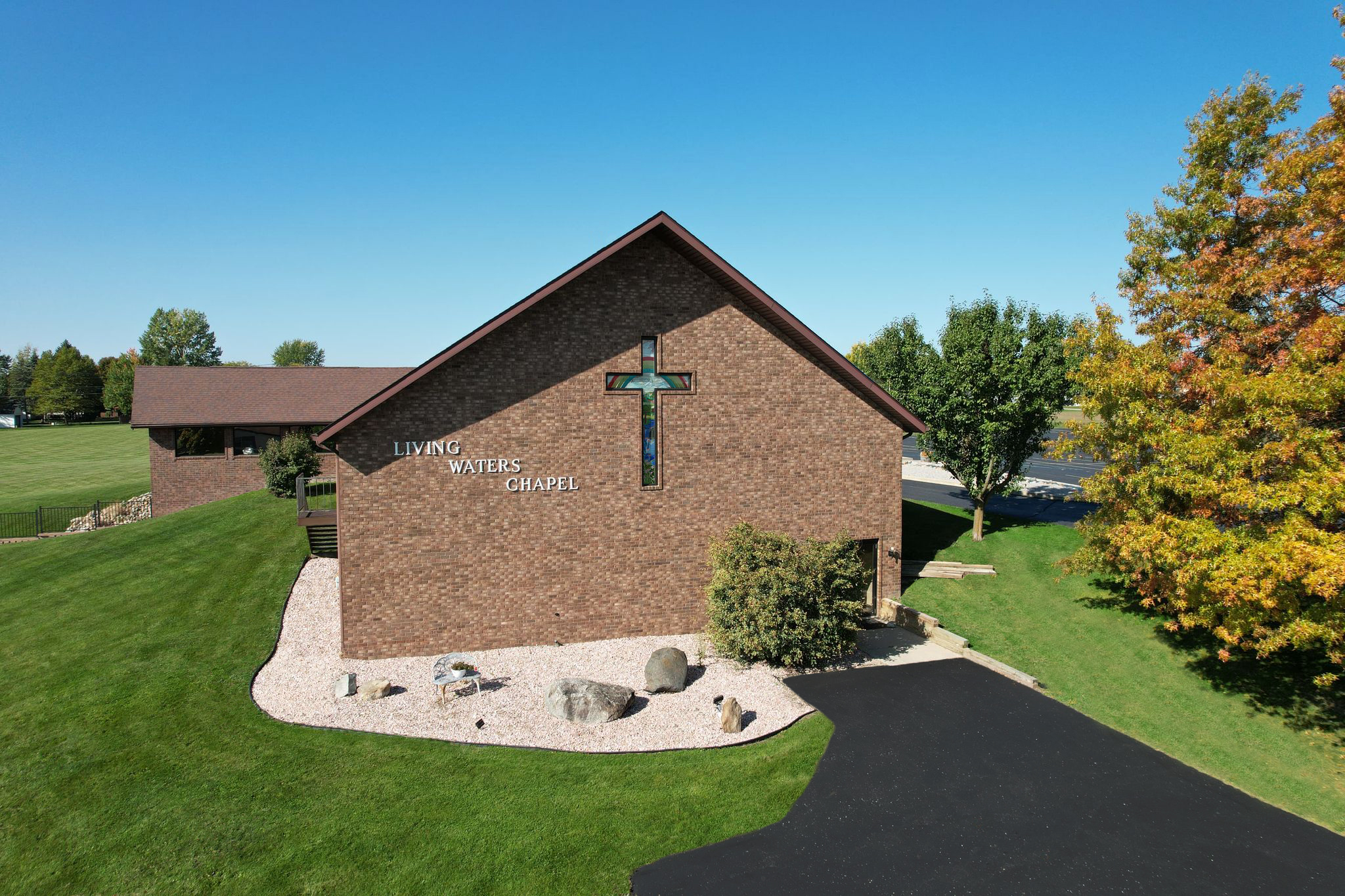 Living Waters Chapel began as a small group prayer meeting in the home of Betty Sagash, of Caro. The Bible study group grew and moved from her home into a building she and her sister Beverly owned.

By January, 1978, that small group began to function as a church receiving leadership assistance from Rev. James Willett, of Bad Axe. He assisted them in organizing into a church and then helped them find a pastor.

The church called their first pastor to Caro that same year, by the name of James Solomon. Since that time, Living Waters has grown having occupied three previous buildings before constructing the present Hooper Street structure in 1989.

The church has grown from a small group of people to a congregation that consists of families from throughout the county.

Here is a brief history of how this church has grown..from a home bible group to a congregation meeting as a church called, Living Waters Chapel.

1985 March - The new property was paid in full in two years, nine months.

1989 March - LWC broke ground for a new building with the upper level completed in December that same year.

1990 February - LWC celebrated the dedication of our new fully completed building. The approximate cost was $325,000 with a mortgage for $175,000, and the rest was paid in cash by God's Blessings.

1994 July - LWC refinanced again to construct an elevator, youth room, and prayer room addition. The cost was approximately $25,000 after $13,000 in additional cash savings paid for the elevator.

1999 June - The final payment was made to pay off the mortgage in full! - Ten years early!

2015 September - Pastor James and Priscilla Solomon officially retire as the Senior Pastors of Living Waters Chapel after 37 years of Pastoral Ministry here at LWC and in the City of Caro. Their legacy will not be forgotten and they will always be remembered for the love and passion they had for Jesus, this church, and the community.

2018-2021 - LWC's Board of Directors selflessly led the congregation in continued spiritual growth through the COVID-19 pandemic while seeking God's direction for the next Pastor.

2021 February - Pastors Paul and Karen Holdren served faithfully as LWC's Interim Pastors for the final year of preparation getting ready for new leadership. Along with many other special speakers, the Holdren's were a great blessing to LWC, and continue to serve the Lord in missions.

2021 November - Pastor James and Marianne Brandt were joyfully approved to be the new Pastors to lead Living Waters Chapel in the next chapter of the church's ministry.

Present - Living Waters Chapel continues to grow, expand its financial giving in missions both at home and abroad, and outreach to the surrounding community.

LETS GET IN TOUCH

If you would like to know more about Living Waters Chapel, or any of the ministries of the church, please call us atthe church office (989) 673–2160, or better yet, come worship with us on Sunday morning at 10 AM and Wednesday evenings at 7pm.